Finally I've gotten around to scanning in picture's Crystal and I have taken of our new house. For the longest time we only had one picture of the back yard, and a couple of the inside before it was finished (this was partly due to the dog eating our camera).

Anyway, without further ado, the house in Wilmington... 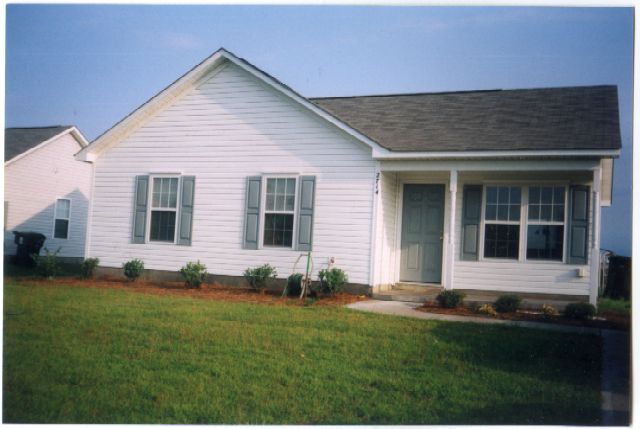 The builder laid sod in our front yard, giving us the nice lawn you see. The bushes were also part of the landscape package. The siding is white vinyl and the shutters and door are actually a darker blue-gray than it looks in the picture. 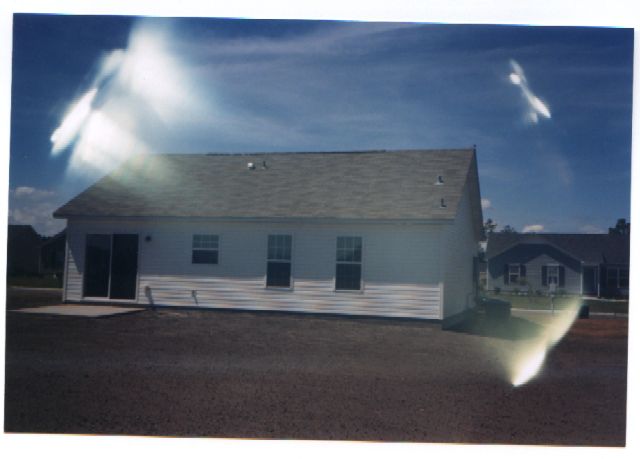 You can see the back yard was only seeded with grass, and had not yet started growing when we took this picture. Also we've had a fence put up since the picture was taken. (Pardon the bite marks on the lens, they're being retained as evidence against the dog). 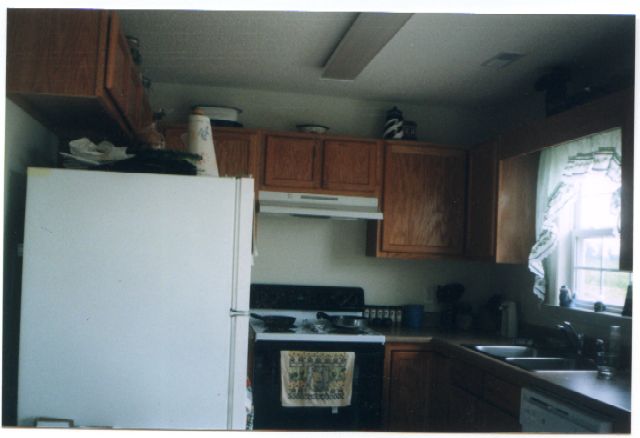 The kitchen was the first room to be finished during the move. Crystal moved things around since this picture, but that was still before we had finished unpacking the spare bedroom. 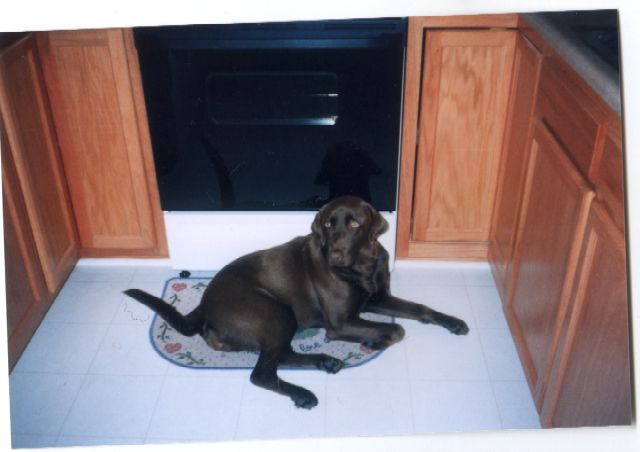 A time of quiet contemplation in the kitchen... for a minute or two. 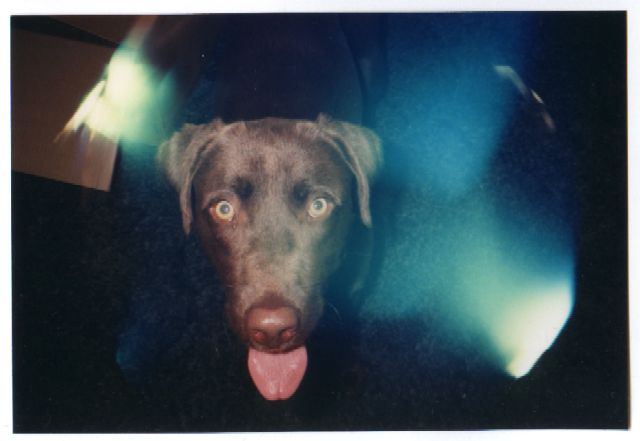 "I have no clue where those bite marks came from, Daddy!"