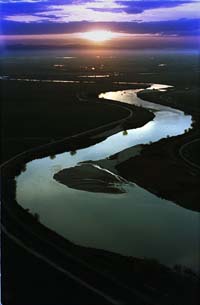 San Joaquin, California, surfaces in the Sierra Nevada. It generally flows towards the northwest through central California and confluences the Sacramento River shortly before entering the Suisun Bay, near Oakland. The river 560km in length, is part of an extensive irrigation and power project that has created a rich agricultural region in the semiarid San Joaquin Valley. [1] 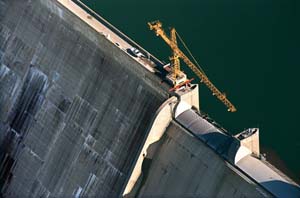 "Friant Dam, just northeast of Fresno, was built between 1939 and 1947 to help sustain crops on the east side of the Valley. Weather was unpredictable, and water supplies from underground basins were dwindling. Friant Dam ensures a steady flow, capturing and diverting most of the river's water to irrigate 1 million acres of farmland. The cranes helped replace the floodgates in February 1998." [2] 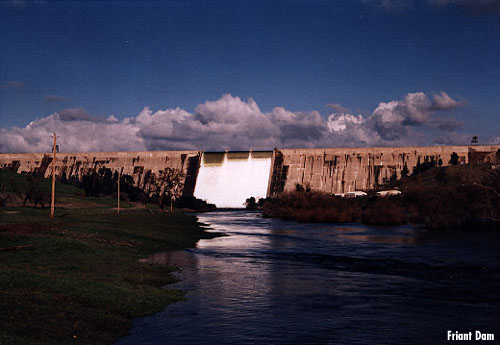 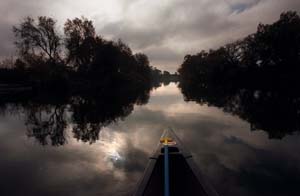 "Some parts of the San Joaquin next to Fresno still has the natural charm of the unblemished river in the early part of the century." [1]